The shrine has long history, established 1900 years ago, worship the deity of agriculture,

marriage, traffic safety and protection against misfortunes. Located just west of the town

center, is nestled in a grove of tall cedars.  During the day the shrine’s nondescript, unpainted

buildings blend in naturally with the surrounding trees. The light that filters through, brings

with it an air of calm, peaceful reverence.

quarrel as well as other deeds of the gods.  On winter weekends, people gather to watch

all-night performances of these episodes at different locations each week, sometimes at

private homes. The performances are held on Saturday evenings from mid November to

throughout the year at the Takachiho Shrine. The one-hour show consists of just a few

scenes of the story, performed by masked dancers and accompanied by traditional instrument.

It is held at the Yokagura performance hall, just a few steps from the shrine’s main building. base of the gorge on a rental boat.The spot you can see waterfalls and the columnar shaped

You can also contact us by e-mail at  info@japan-kyushu-tourist.com

Takachiho is a birth place of Japanese indigenouse religion, Shinto. There is a story of Shinto

origin in the Cave behind of Amano Iwato Shrine, and Amano Yasugawara. In the story,

Amaterasu, the Shito sun goddess, became so outraged by her brother’s cruel pranks that

she hid herself in a cave, refusing to come out and depriving the world of her life-giving light.

All of the other gods and goddesses gathered to lure her out. They tried everything they

caused the other gods to roar with laughter. Amaterasu left the cave to see what all the fun

was about, and in doing so she returned her light to the world.

About ten kilometers outside of central Takachiho, Amano Iwato Shrine was built near

the Cave where Amaterasu is said to have hid herself away.

The cave cannot be approached, however, there is an observation deck behind the shrine’s

main building from where you can gaze across the river. In order to access the observation

deck, you need to inquire at the shrine entrance, and a priest will give you a quick guided tour.

A short walk down the road from Amano Iwato Shrine is a path that leads down to the river
below. After a few minutes on this path you will see neat little piles of stones stacked along
the river by previous visitors to mark their pilgrimage to this “power spot”.
arther along, the stacks become more numerous until you are surrounded by literally
thousands of them as far as you can see. Eventually the path leads to a simple shrine
inside a cave known as Amano Yasugawara.

of luring Amaterasu out of hiding. The natural beauty of the cave and river lined by

countless stacks of stones make Amano Yasukawara a place not to miss.

Type of the tour : Tailor made tour

Transfer to Fukuoka via Ukiha

What our Customer have to say

Kyushu region. From the first enquiry Mr Masa Kondo and subsequently follow-up by

Ms Takako Hanami were very responsive and prompt in their email correspondence.

They have good suggestions for places to visit as well as restaurants that served local cuisines.

Since it’s a private tour we can dictate what we want to see and the length of stay at each attraction.

This made it very flexible and suited our style of travel. We take as long as we wanted wandering,

taking in the sights and many photo opportunities. The vehicle they arranged was top-notch with

plenty of room for comfort.

As for Mr Ko we cannot say enough good things about him. He is a careful driver who accompanied

us for five full days exploring Kyushu. His service is outstanding, professional, helpful, and courteous.

He is very punctual in picking us every morning. He is also very knowledgeable about the region of

Kyushu and respond to our questions promptly. The vehicle was kept clean and comfortable

about his job. We would highly recommend japan-Kyushu-tourist and Mr Ko’s service to anyone

who is looking for a private tour in Kyushu. 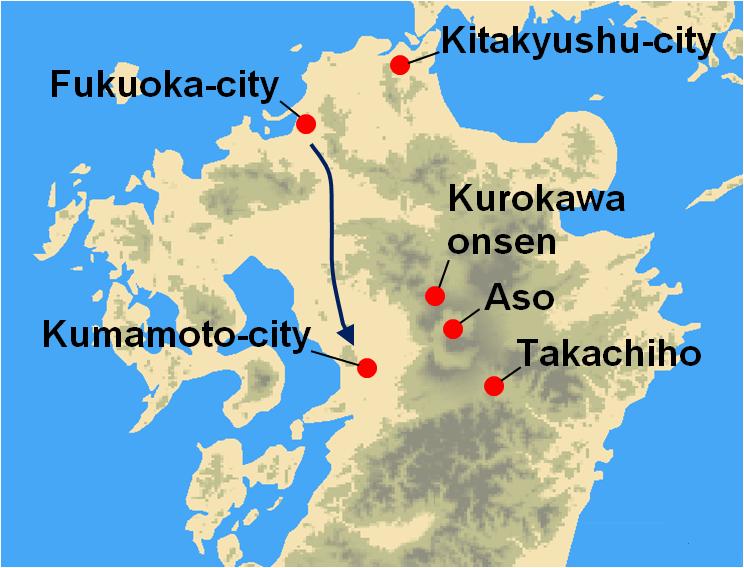