Region spreads in the foot of gentle Mount Unzen and facing to Ariale sea, Shimabara is consist

of two cities on Shimabara peninsula, Shimabara-city west side of peninsula and Minami-Shmabara

city south-west side of peninsula. Located in the foot of Mount Unzen and facing Ariake Sea, and

Samurai was a term for the military nobility in pre-industrial Japan. The Samurai Houses in

commemorates the old samurai section of Shimabara. Three Samurai houses have been

restored and opened as exhibits.

Hidden Christian Sites in the Nagasaki Region. The battle field of Shimabara Rebellion

leadership of Amakusa Shiro in 1637.

was a Christian daimyo and refurbished his castle into a large scale which had gardens, a tea

arbor and many rooms.

Guzoni is said to created during the Shimabara Rebellion of 1637.  When Cristian were fought

under the leader ship of Amakusa Shiro, they brought various ingredients such as rice cake,

fishes and vegetables, and made a stew.   This is the origin of Guzoni. 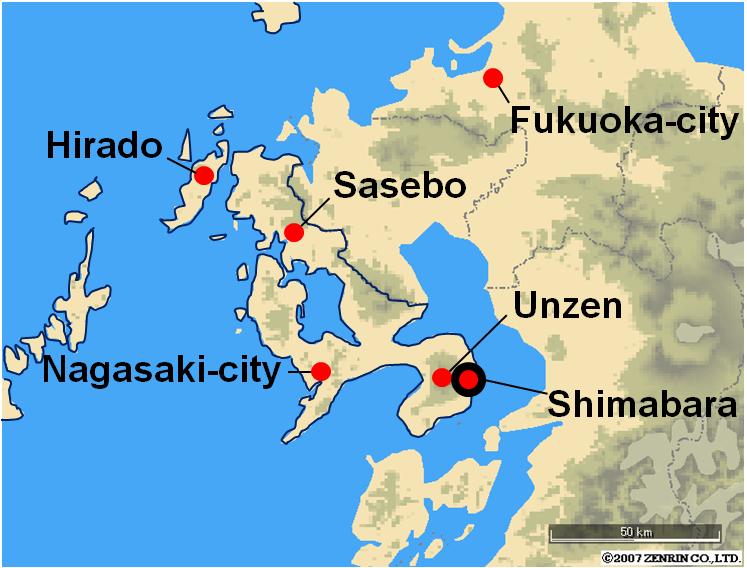