Peace Fountain on Aug. 3, 1969, a monument inscribed with an epitaph was constructed.

Many people were burned deeply and died, crying and groaning for water. When people

recovered their peaceful life in 1965, a campaign for a Peace Fountain was launched.

Construction of the Peace Fountain.

Part of the epitaph reads as follows: To those who visit this place today. May you offer prayers

to console the souls of those killed and promote peace. 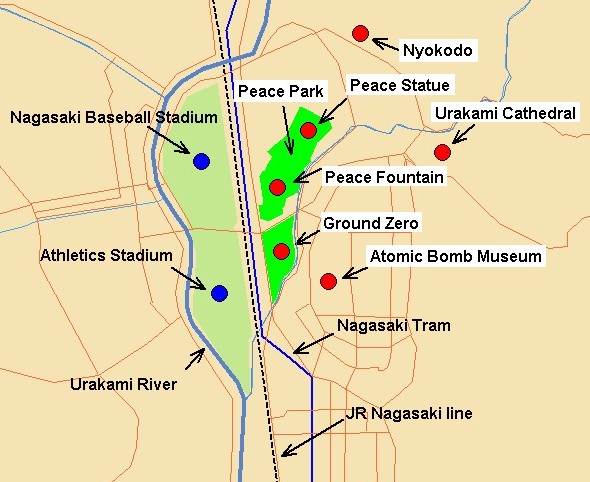