island. The site has been registered on UNESCO World Heritages as Sites of Japan’s Meiji

Now Hashima is a ruins called “Gunkanjima”, so called after its resemblance to the

silhouette.  Hashima Island is located 3 km southwest of Takashima, and it was the success of

Takashima that led Mitsubishi to purchase this island, both islands giving access to the same 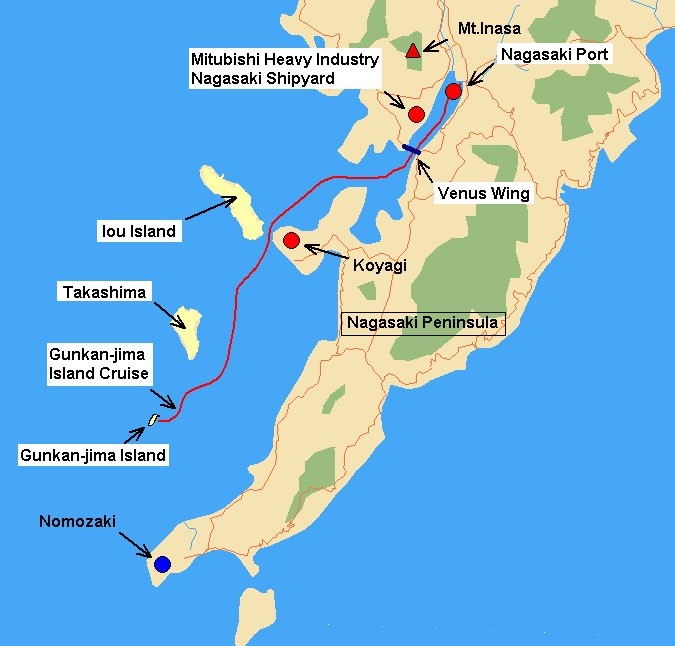