The Shrine of Karatsu Kunchi. It is a Shinto shrine located about 1 km west of Karatsu Castle

and the original shrine was founded in 755. In 1819, a man dedicated a beautiful and large

He travelled Ise Shrine, visit Kyoto on the way home, and saw Gion Festival. And he impressed

by the sight of beautiful floats, so he and his friends created such statue.

The statue was paraded at the annual festival of this shrine, and it has developed into the 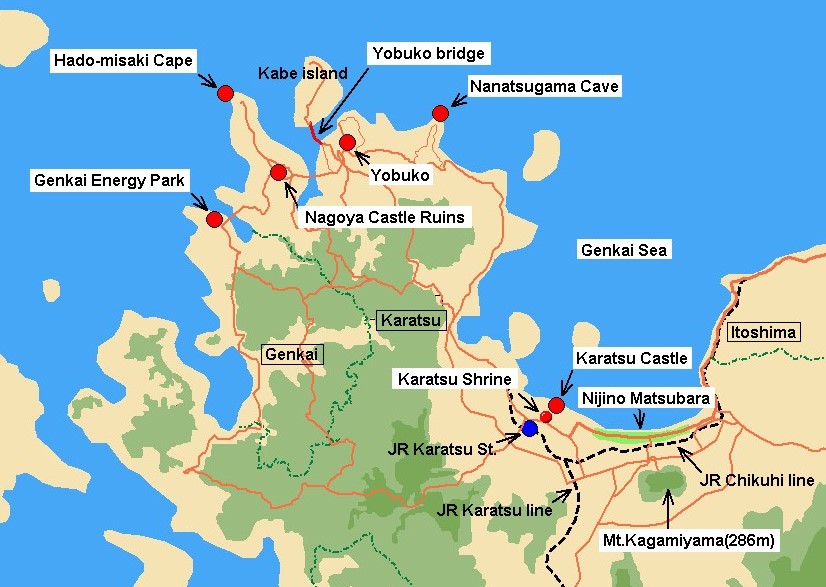