Okubungo is a Nature-blessed region at Ono River basin,  the northern part is surrounded

by Aso & Kuju Mountains Kusu and Kokonoe are located in the south-west side of Okubungo.

Splendid and beautiful view from the thrilling sunpension bridge over the Naruko river valley.

guardians and messengers for the deities at Shinto shrines. The white boars are thought to bring

happiness. After visiting the shrine, you should ask the cute boars for some good-luck blessings.

A tranquil Onsen Resort at Waita mountain foot of 1,000 metre altitude. It is said that the Onsen

was founded more than 1,000 years ago, and now there are 30 Japanese style accommodations

called Ryokan in there.

The Handa kogen Plateau is located in the southern part of Kokonoe-cho, Kusu-gun.

a nice sightseeing spot connected to Beppu Onsen and Yufuin in the north and Aso in the south. 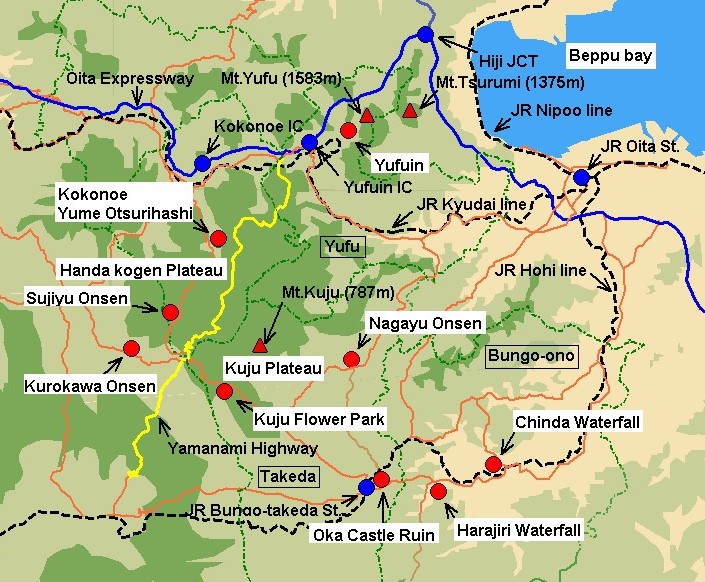