The landmark of Takeo Onsen.  Romon Gate, which was designed by a renowned architect

in the Meiji Era, Kingo Tatsuno, and is at the entrance of the Onsen area. The gate has become

the symbol of Takeo Onsen.

In addition, there are some private bathrooms, which were built in the Edo Era in the joint

bathhouses, they are called the “Tonosama Buro” (Lord’s Bath), because some important

people had bathed there, such as the feudal lords of Nabeshima and Siebold. 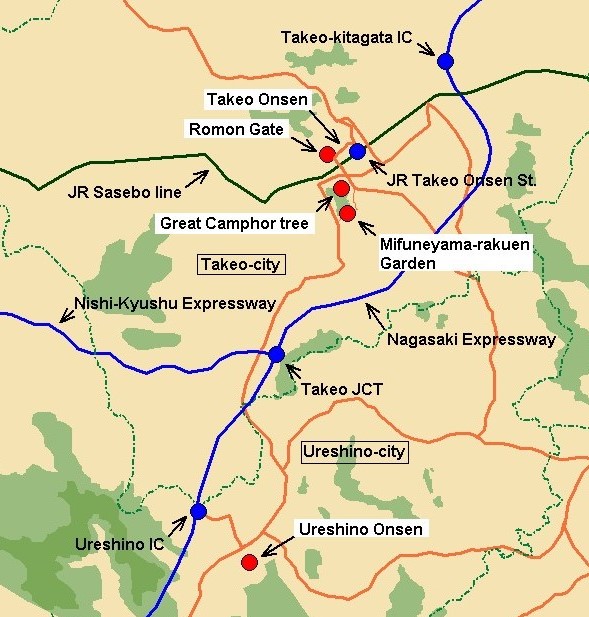