February 5, 1597. They included both foreign missionaries and Japanese laymen. Missionary

activities were prohibited at the time, and Japan’s ruler Toyotomi Hideyoshi staged the execution

as a warning. The monument is located in a small park on a hill not far from Nagasaki Station

and offers nice views over the city.

Cathedral on the opposite side of the city. Oura Cathedral is also dedicated to the 26 martyrs. 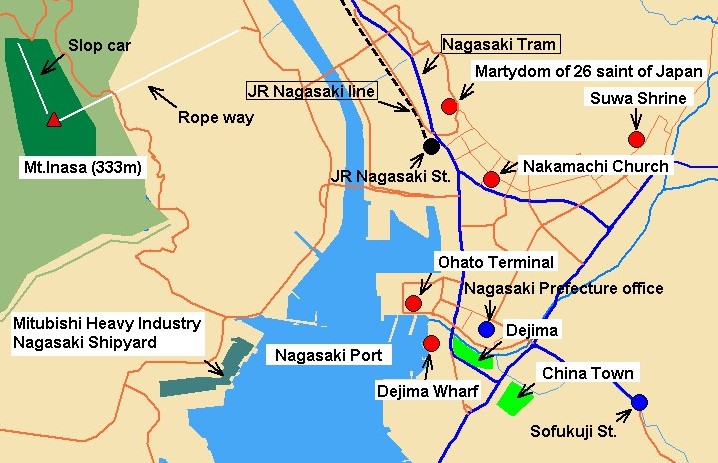