and Osumi Peninsula. This prefecture also includes a chain of islands stretching further to

the southwest of Kyushu for a few hundred kilometers. The prefecture boasts a chain of

active and dormant volcanoes, including the great Sakura-jima Island, which towers out of 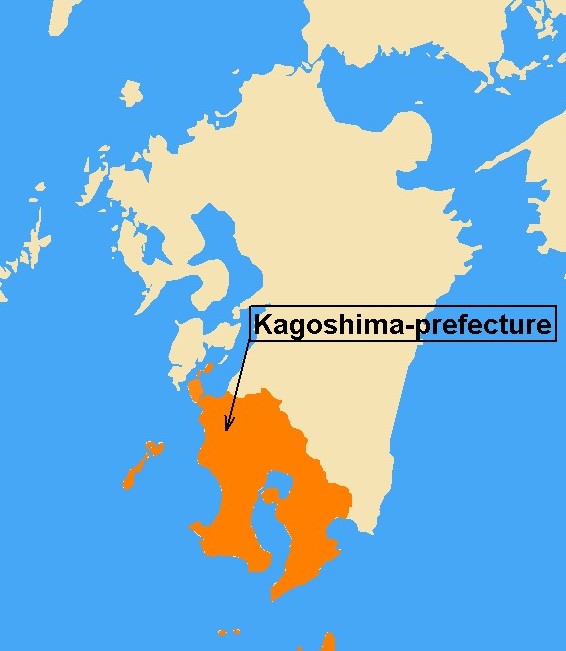 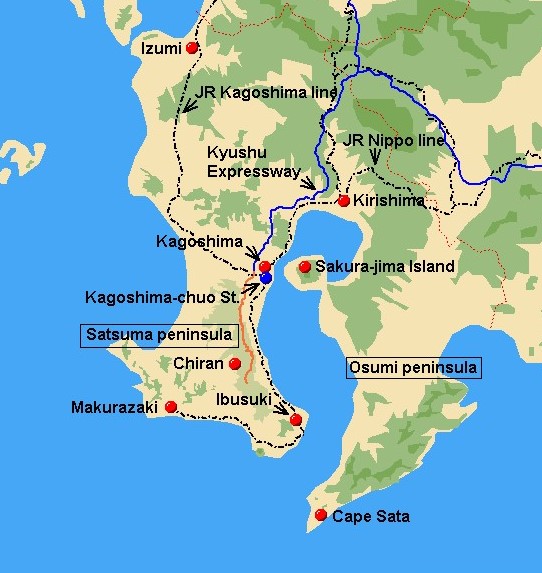 The city is southernmost capital in Kyushu ;  Sakura-jima which raises the smoke across the

Kagoshima Bay. Kagoshima prospered in the Edo period as a castle town, and is a hometown

of Takamori Saigo who contributed to the Meiji Restoration.

Kagoshima-city, making up the south-western section of Kagoshima Prefecture. The peninsula

that were built about 260 years ago. During World War 2, Chriran was a Kamikaze pilots based

who participated in the Battle for Okinawa.