Kashima is located about 60 kilometers southwest of Saga-city. It borders the Ariake

Sea to the east and Nagasaki Prefecture to the southwest. Feature sightseeing spot is

One of the most famous Inari shrines in Japan and located in Kashima-city, Saga-prefecture.

Dedicated to Inari, the deity whose messengers are foxes, it is the third largest of its kind

in Japan. It was constructed in 1688 as the family shrine of the Nabeshima clan who ruled

what would become the Saga area during the Edo period.

The Shrine was used as a Shooting location of Thailand drama.

Kaichu Torii gates in the sea have become a popular photo spot when the tide is high. The  “Floating

Torii Gate” of Ouo Shrine stands on the shallow area of the ocean in Tara-cho, which has 6 meter

tide difference. It changes its appearance every time you look at it, and it is a famous tourist spot.

Takezaki crab is the local specialty of Tara, and is well-known for its rich flavor.  Takezaki crabs

are available almost year around. From summer into fall the male crabs are delicious, with the

females and their eggs most delicious during the autumn and winter. You could even try one of each.

From the observatory point of Takezaki Castle Ruins Lookout, one can gaze down upon workings

of nature such as this. This is the site where a castle was originally built 600 years ago in the

Nanboku-cho Period and a vantage point which offers spectacular views, including the mountains

of Unzen and Aso when the weather is fine. 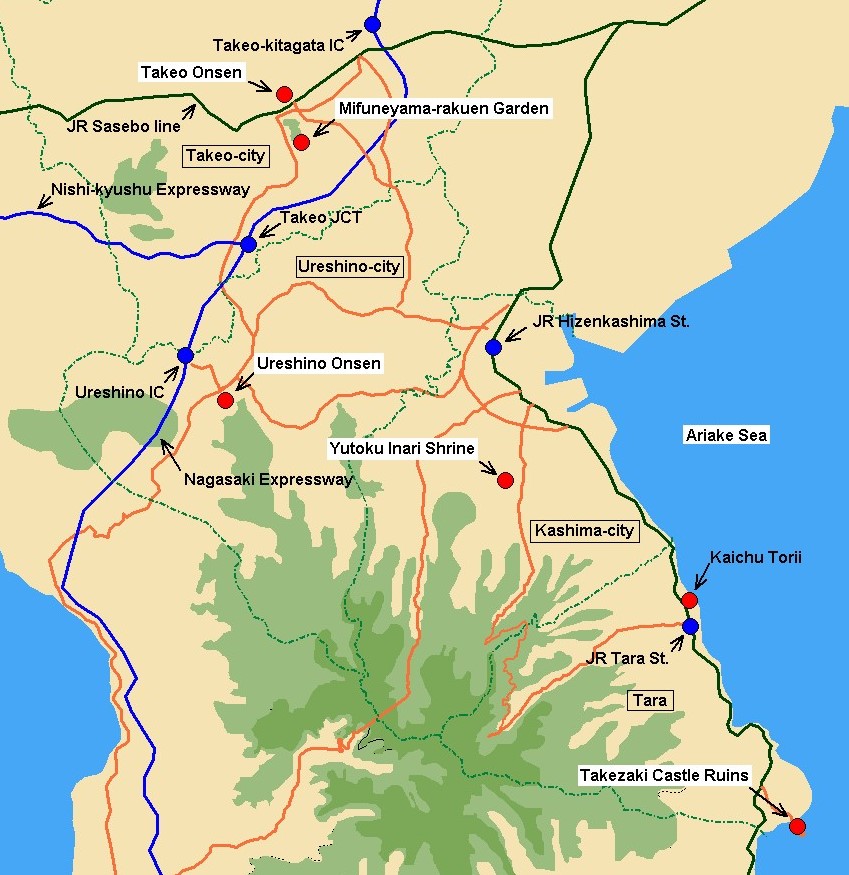