Yame is a city of Japanese Tea and Traditional Crafts. Located in the southern part of

Fukuoka-prefecture, Yame grew in size after the merger with Kurogi town,Tachibana

town,Yabe village and Hoshino village in 2010.

Yame is the Centre of Japanese artificial crafts. The Museum was built in 1986 with the

and development of local industry.

White-walled townscape. The Fukushima area is designated as an important traditional buildings

flourished as an economical and political base, and many merchant houses which retain the

atmosphere of that time remain even today, mainly in the towns of Miyano, Kyo, and Furumatsu.

Kitaya is renowned Saka brewer in Yame, was founded some 190 years ago during the Edo Era.

Fukuoka-prefecture. The Brewery can be visited and enjoy sampling Sake.

The country of Green Tea, the Green Tea grown in Yame is one of the highest grade of tea throughout

Japan. This is the large Tea plantation spreading on a gently sloping hilly area, about 70 ha. There is

an observatory at the top of hill, Ariake bay as well as Shimabara Peninsula in Nagasaki-prefecture can

be seen on sunny days.

to the Sake brewery Kitaya. The restaurant opened in 2014 and serving Japanese cuisines

which is compatible with Sake using local abundant ingredients such as vegetables, fruits and

The most beautiful village in Japan. Located in the south-eastern part of Fukuoka Prefecture, and

of the village is covered with mountain forests, agriculture and forestry are the two main industries.

The tree is more than 600 years old. The total area of its scaffolding structure at 3,000 square meters

and its longest flower clusters measuring in at 150 centimeters, the tree looks truly spectacular when

it blooms. The Wisteria Festival takes place between mid-April and early May.

In the harvest time, the northern Kyushu boasts many area with beautiful fruit orchards.

Fukuoka is one of the leading fruit-producing prefecture in all Japan. The fruit production in

Fukuoka is primarily concentrated in the southern Chikugo region such as Ukiha, Asakura 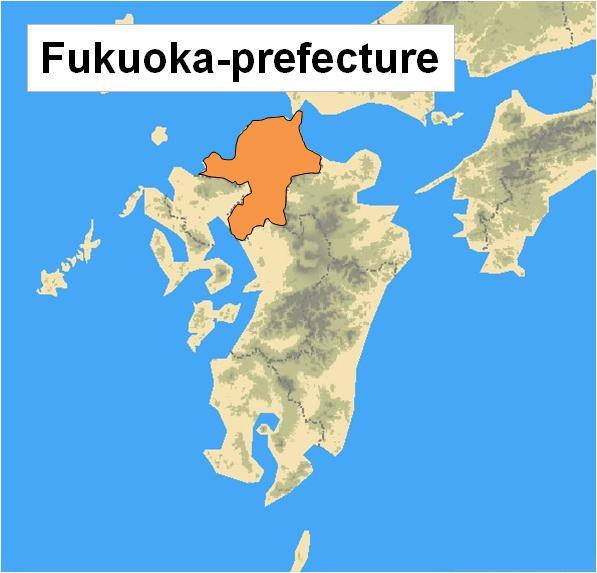 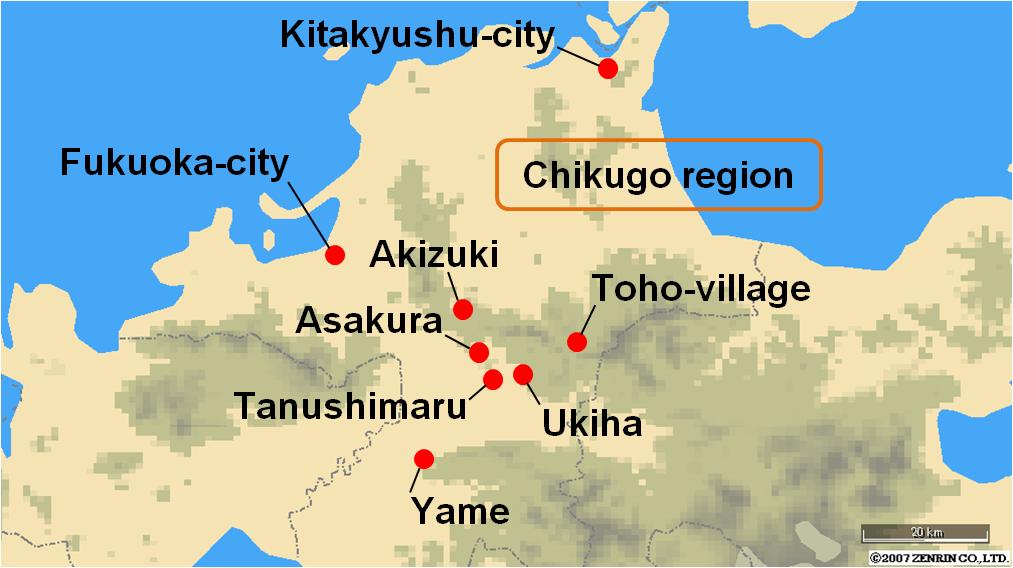