politics, economy, culture, fashion as well as tourism. Fukuoka-city has many kind of fascinating

in Kyushu. When visiting Kyushu, Fukuoka-city is the place to be incorporate in the travel plan.

And due to its location Fukuoka-city is the great starting point for exploring Kyushu.

One of the most exciting summer festival in Kyushu, Hakata Gion Yamagasa is held in the

which was constructed without using even a single nail.

It is a folk museum depicts the life and culture of Hakata Fukuoka. Exhibition hall, many faces

and facets of the Hakata way of life can be found, Machiya hall, is a superb example of traditional

architecture and has been moved here and restored to provide a glimpse into the past.

sect in Japan that  Kobo-daishi set up. The Fukuoka Daibutsu called Great Buddha of Fukuoka

completed in 1993 stands 10.8 meters tall and is the largest seated wooden image of Buddha

shopping street is located next to Kushida Shrine.

Seaside Momochi is the water-front resort area, only a 15 minute drive from Tenjin in the

centre of Fukuoka-city.  The park is surrounded by Fukuoka Tower and high rise

contemporary buildings, all of which help make a modern urban landscape.

One of the must visit spots is the 234 metre high Fukuoka Tower. It  is the highest coastal
tower in Japan and is covered with 8000 two way mirrors. The observation room located at
a height of 123m offers a breath taking and spectacular 360 degree panoramic view of
Fukuoka-city and Hakata Bay.

Fukuoka castle, was built in 1601.  Part of stone wall and canal, and the Tamon tower are

still left intact as they were back then. There is also a nice view of the city from the former

main Parts of the castle’s former moats were used to construct nearby Ohori koen Park.

Ohori-koen Park is located next to Fukuoka Castle Ruins and close to center of Fukuoka-city.
The park is complemented by a Japanese style garden and the Fukuoka City Art Museum.

Rich in greenery and encircling a lake two kilometers in circumference, the park is an oasis

for city residents, who enjoy jogging, boating, bird watching and other activities here.

One of the largest entertainment districts in western Japan, bustling at night with young people

and business men and women. Around 2000 eating and drinking establishments including Yatai

is crammed in this area, Neon light reflect alluringly on the Naka River.

central Fukuoka. The park is made up of several different areas including flower gardens, playgrounds,

an amusement park with ferris wheel, sports fields, a water park, a zoo and large open spaces and

The Japanese traditional Garden; it was originally built in the 1754 for Kuroda Tsugutaka

who was the lord of Fukuoka clan. You can feel Japanese traditional cultures and enjoy

Hakata-za is the theater for Kabuki plays and is located in the Hakata Riverain in Nakasu
It was originally constructed in 1996.

The tour is started from Fukuoka City Hall. 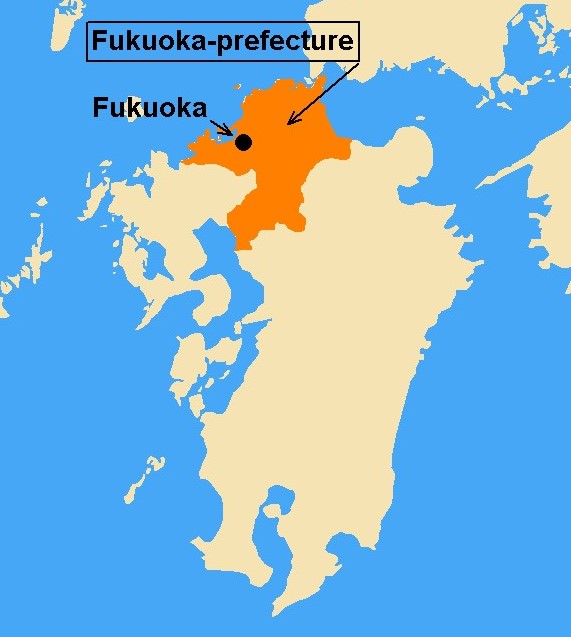 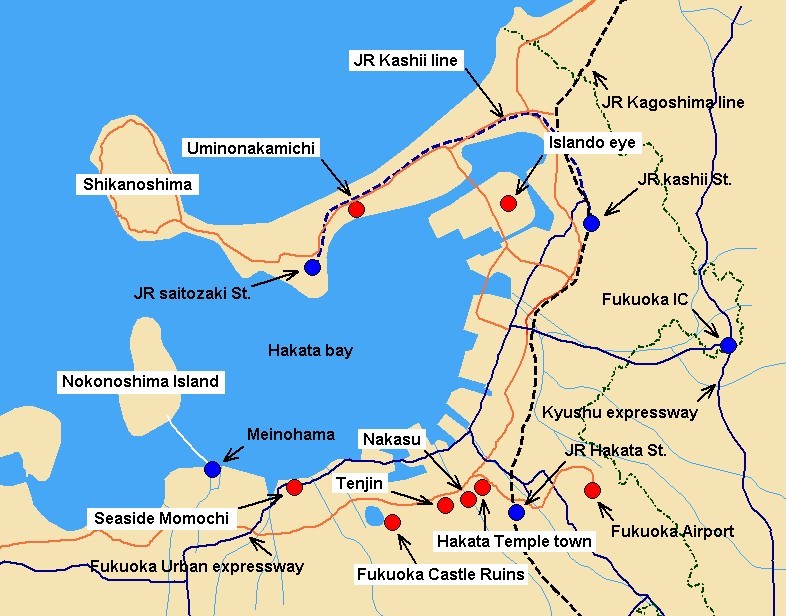